Mainstream
travel destinations not interesting enough for you? Every time you travel you
search for something new, fresh and never visited by friends? If the
answer is yes, we created this list of hidden gems especially for people like
you. If it isn’t, it can still inspire you to visit something different than
just the popular tourist destinations everybody’s talking about. Get ready to
discover real hidden gems of tourism in Central Europe? Off we go! 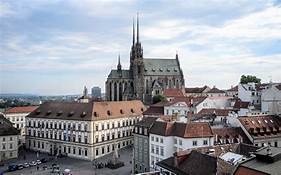 There’s apparently
no other city in the Czech Republic that is developing as fast as Brno. The
capital of Moravia has found a unique style in recent years; it’s a young and
vibrant city that has a
rhythm and incredible drive. The stories that you’ll experience here will be
real and unforgettable.
You
can best familiarise yourselves with the city’s gastronomy offers by reading an
independent guide titled Gourmet Brno.
There you’ll find top restaurants (for
example, one of the best fusion establishments in the country), distinctive pubs, historic beer houses, fashionable bistros,
trendy cafés, original pastry shops and, of course, many wine bars.
In
recent years, Brno has witnessed a rapid development of completely unique bars
that are becoming more popular every day. For instance, one of the bars is a
mysterious gateway to the world of a psychedelic circus with innovative and original
cocktails. What does this mean???. While some bars mix premium cocktails with
homemade ingredients, in others, you’ll enjoy originally blended drinks or, if
you prefer, 250 kinds of rum and a Caribbean atmosphere. Brno bartenders and
baristas are world-class professionals. Many of them hold prestigious European
awards.
Brno is also a
city of modern architecture. One of its latest magnets is the Brno Quartet of Villas, which
includes, in addition to the most famous Villa Tugendhat, Villa
Löw-Beer, Villa Stiassni and Jurkovič
Villa. Villa Tugendhat is one of the most valuable functionalist gems on
the planet, created by architect Mies van der Rohe and is protected by UNESCO. This
villa, which is said to be the most beautiful in the world, has a genial combination
of purpose and ingenuity. Villa Löw-Beer is a perfect example of Art Nouveau
aesthetics. Its interior houses an exhibition called The World of Brno Bourgeoisie
Between Löw-Beer and Tugendhat. The third is the functionalist Villa Stiassni,
built based on the design by architect Ernst Wiesner.
The
Jurkovič Villa completes the quartet. It was originally built by architect
Dušan Jurkovič for himself. It bears all the features of his peculiar concept
of the Art Nouveau style with folklore elements, and is as important to Art
Nouveau architecture in Brno as Villa Tugendhat is to Brno’s functionalism.
There
are few places in the world with so many functionalist buildings in one
location. The Brno Architectural Manual
will guide you through 383 local buildings by 211 architects! There are
public buildings, churches, villas, cafés and even trade-fair exhibitions
grounds – which makes for an extraordinary experience. For example, a visit to
functionalist cafés, where the
spirit of the 1930s is perfectly preserved in architecturally exquisite
interiors, is exceptional – you’ll have a feeling that Toyen is drinking coffee
at a nearby table.

We have to
admit that Budapest is at the same time a blessing and a curse for Hungary, hiding
all the other wonderful cities and towns in its shadow. It’s time to explore
more, though, isn’t it? That’s why you should plan a visit to Sopron. Situated
right on the Hungarian border with Austria, the town is easily accessible from
Vienna (75 km), Bratislava (95 km) and of course Budapest itself (214 km).
The unique
architecture of the town’s old section reflects its very long history of
stability and prosperity: you can see the walls and foundations from the Roman
empire right next to the picturesque Medieval, Renaissance and Baroque
structures.
You will be
happy to learn that Sopron is also the capital of a significant wine producing
region, one of the few in the country to make both red and white wine, and
where  Blue Frankish and Pinot Noir are
particularly prized. If you’re a fan of classical music, you need to know that
Sopron region was the home of Franz Liszt, one of the most famous composers of the
romantic era. Perfect place for a glass of delicious wine surrounded by the
sounds of music! 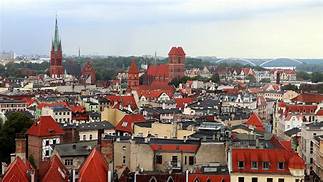 Have you
ever heard of Nicolaus Copernicus? We bet you have. Did you know that in 16th
century Copernicus, who was born in the city of Toruń in northern Poland, completely
changed our understanding of the universe, proving that the Sun rather than
Earth is at its centre? As its most famous citizen, Copernicus is still – in a
way – present in the city: you can visit the house where he was born (now
hosting a museum in memory of the scientist) and take a selfie with his
monument. The traces of Copernicus are not the only reasons to visit this
beautiful city, though. Toruń is often called “the Gothic pearl of Poland”
because of its numerous stunning Gothic landmarks, such as the historic St.
Jacob’s church or the city hall located in the middle of the Old Town.
A trip to
Toruń can also be a very delicious one – mostly because of the yummy
traditional gingerbread based on the same centuries-old recipe is still baked here.
As an unofficial symbol of the city, it will be offered to you almost
everywhere you go and trust me, you can never get enough of it! 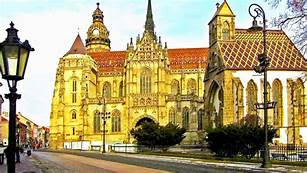 Honoured as
the European Capital of Culture for 2013, Kosice keeps on cultivating the
traditions started while preparing for the year-long event it hosted in 2013.
The heart of the city – or rather the apple of its eye, since the plans of the
city centre resembles an eye – is the monumental Gothic Cathedral of St.
Elisabeth. It’s the largest church in Slovakia and at the same time the
easternmost located Gothic cathedral in the whole of Europe. The cathedral is
surrounded by lovely gardens, and the historical buildings of the Old Town now
hosting numerous cafes, bars, clubs… and gourmet restaurants.
Hungry
or thirsty? Gastronomy experience seekers will be able to taste not only Slovak
traditional dishes, but also fusion cuisine from all over the world.  In
Slovakia you will find quality gastronomy at affordable prices. Regional dishes
are as colourful as the Slovak countryside itself. You can learn to make Slovak
gastronomic specialities with experienced chefs and taste the high-quality
wines produced in Slovakia since the Roman era.
If you’re
fond of running, we recommend you visit Kosice in October when it hosts the
International Peace Marathon. You may be surprised to learn that it’s the
oldest marathon in Europe (which started in 1924) and second oldest in the world,
just after the Boston Marathon.

One Thought to “Four must -see gems of Central Europe”