The blind man who leads the way

Erik Weihenmayer achieved international acclaim by being the first visually-challenged man to climb Mt Everest. He now leads many others on outdoor adventures. What’s stopping you?

Erik Weihenmayer was diagnosed with retinoschisis as a young child, as a result of which, he was sight impaired for most of his childhood and completely blind by the time he was 14. However, remarkably he has achieved more than most people will ever achieve, having climbed the highest mountains on seven continents, the so-called Seven Summits, authored many books and launched the “No Barriers movement” which seeks to empower sight-impaired children and adults to achieve more. An impressive CV by any standards and there’s more.

This 50- year old American is a natural thrill seeker and has also kayaked the Grand Canyon and after conquering numerous major peaks, Erik decided to confront his biggest challenge – the Mount Everest. He was joined by several of his climbing buddies who risked their own lives in this pursuit. Along the journey, the team faced unbearably treacherous conditions, but Erik and his colleagues finally made it to the top of Mount Everest, the top of the world, making him the first blind person to ever have made it to the summit. 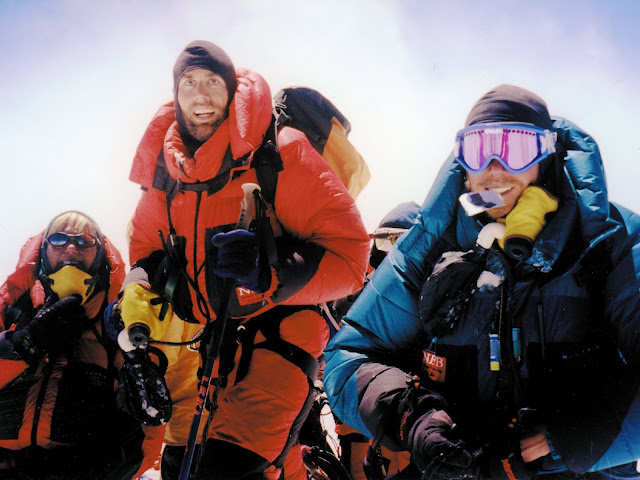 Here are some excerpts from the interview:

How did it feel when you got to the top?

It was incredible of course, an incredible feeling and experience but do not forget, that was only half the achievement. We also had to get all the way back down again which is also very difficult, so I was euphoric to be there, but knew there were more challenges to come. And retrospectively, that is how I have always lived. I do not sit on my laurels, there is always more to achieve, more goals to work towards.

It is clear you are quite an achiever, fighting your way to success. To what do you attribute this characteristic?

I could not accept the idea that blindness would drive me to the sidelines of life and my family was also pretty proactive in ensuring I would stay positive. My mom defiantly fought to keep me in school with my fellow students and my dad would drive me three hours to Massachusetts once a month to an adventure program for the blind. So, there was never any part of me that felt like being blind would hold me back. For example, at the adventure program we did rock climbing, and in school I also wrestled. Rock climbing is very tactile, you feel your way more than see your way and the same is true also for wrestling. Lack of sight did not hold me back and I did well in high school and went on to represent my home state of Connecticut in the National Junior Freestyle Wrestling Championship in Iowa.

But it’s in mountain climbing that you have made a big name for yourself. When did your passion for that start?

I lost my mom relatively young and my dad would take the family on climbing trips to keep our lives intact. So as a teenager, I discovered rock climbing and a natural dexterity for the tactile aspects of scanning the rock with my hands and feet for holds. That’s what I really loved about it. You can feel all these little knobs and cracks and fissures and little dishes in the rock. So, you’re problem-solving with your hands and feet as your eyes. You had to put your body in all these cool, acrobatic positions to get yourself from point A to point B and you’re trying to solve this puzzle that’s embedded in the rock. I loved the great adventure and mystery and full engagement. I got to the top and I could hear the valley below me and the wind blowing through the trees and I thought this was so stunning. This is what I want out of my life. 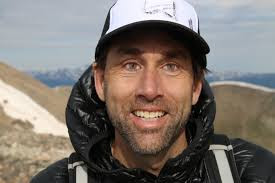 Tell us more about the mountains you have climbed, literally and metaphorically?

I graduated with a double major from Boston College, and became a middle-school teacher and wrestling coach at Phoenix Country Day School.  That was an achievement in itself, but it was atop the highest point in North America, the mountain known in the native Inuit language as Denali, where my quest for adventure began to take shape. This was in 1995, and on May 25, 2001, I became the first blind person to reach the summit of Mt. Everest. In 2008 I climbed Carstensz Pyramid on the island of Papua New Guinea, completing the Seven Summits, the highest point on every continent.  This accomplishment closed the circuit on a 13-year journey and I am one of only 150 people in the world to have achieved this.

Following these achievements, you appeared on the cover of Time magazine and set up ‘No Barriers’. What is ‘No Barriers’ about?

Climbing some of the world’s most formidable mountains fueled an idea- I had to take the lessons learnt in mountain climbing to help others shatter barriers in their lives. I believe, we are more powerful than any barrier that stands in our way and with the right mind-set we can overcome any block in our pathway to fulfill our dreams. I founded the No Barriers movement with a mission to help people with challenges, which is all of us to some extent, to face barriers head on, embrace a pioneering and innovative spirit and team up with great people to live rich, in meaning and purpose.

Our motto is “What’s Within You Is Stronger Than What’s In Your Way.” As a blind adventurer, I’ve travelled the world, climbed Mt. Everest and kayaked the Grand Canyon, so I know better than most that barriers are real, not merely perceived. I also learnt that obstacles encountered can either stop us in our tracks, or we can figure out a way to harness them and propel ourselves to new places that we would never get to, in any other way. I have a mindset of continuous challenges, we need this to grow and evolve, to climb, while others camp!

You’ve authored multiple books, including a memoir, Touch the Top of the World, what can readers expect?

My central message is about harnessing the power of adversity, developing a guiding vision and building a strong team. I see every new challenge as an opportunity to problem solve, strategize and pioneer new ways forward. I write and speak about the No Barriers Mindset, what it takes for individuals, teams, and organizations to convert challenges into greatness and reach for nearly impossible goals. And I use my experience of mountaineering for inspiration because I believe a summit isn’t just a place on a mountain. A summit exists in our hearts and minds. It is a tiny scrap of a dream made real, indisputable proof that our lives have meaning. A summit is a symbol that with the force of our will and the power of our legs, our backs, and our two hands, we can transform our lives into whatever we choose them to be, whatever our hands are strong enough to create.
Erik Weihenmayer was invited as a part of ‘No Barriers’ events organized by Fine Hygienic Holding (FHH). FHH which is one of the world’s leading manufacturers of hygienic paper products believes that empowering people is the key to success. FHH was the facilitator for Erik’s Middle East sojourn helping inspire youth in the region.